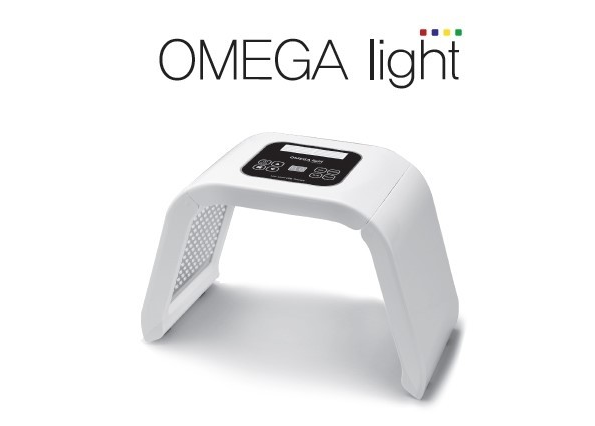 1. There are no difficulies in daily life and no side effects after treatments.
2. It can be safely used for customers who can not take a medicine because of they are concerned about pregnacy or complications.
3. It is effective for the sutomer who had a poor effect due to antibiotic resistance.
4. One device can be used for treatments of various skin troubles.

Photodynamic therapy (PDT), sometimes called photochemotherapy, is a form of phototherapy using nontoxic light-sensitive compounds that are exposed selectively to light, whereupon they become toxic to targeted malignant and other diseased cells (phototoxicity). PDT has proven ability to kill microbial cells, including bacteria, fungi and viruses. PDT is popularly used in treating acne. It is used clinically to treat a wide range of medical conditions, including wet age-related macular degeneration and malignant cancers, and is recognised as a treatment strategy which is both minimally invasive and minimally toxic. Most modern PDT applications involve three key components: a photosensitizer, a light source and tissue oxygen. The combination of these three components leads to the chemical destruction of any tissues which have both selectively taken up the photosensitizer and have been locally exposed to light. The wavelength of the light source needs to be appropriate for exciting the photosensitizer to produce reactive oxygen species. These reactive oxygen species generated through PDT are free radicals (Type I PDT) generated through electron abstraction or transfer from a substrate molecule and highly reactive state of oxygen known as singlet oxygen (Type II PDT). In understanding the mechanism of PDT it is important to distinguish it from other light-based and laser therapies such as laser wound healing and rejuvenation, or intense pulsed light hair removal, which do not require a photosensitizer.

Compared to normal tissues, most types of cancers are especially active in both the uptake and accumulation of photosensitizers agents, which makes cancers especially vulnerable to PDT. Since photosensitizers can also have a high affinity for vascular endothelial cells.

Usage in acne
PDT is currently in clinical trials to be used as a treatment for severe acne. Initial results have shown for it to be effective as a treatment only for severe acne, though some question whether it is better than existing acne treatments. The treatment causes severe redness and moderate to severe pain and burning sensation. (see also: Levulan) A phase II trial, while it showed improvement occurred, failed to show improved response compared to the blue/violet light alone.

Privacy Policy ประเทศจีน ดี คุณภาพ The resource you are looking for has been removed, had its name changed, or is temporarily unavailab ผู้ผลิต.
© 2013 - 2020 laseriplmachine.com. All Rights Reserved.